Search
< Back to previous page

As we continue into 2019 and as many of you start a new semester at your university, it’s a great opportunity to take some time to look back on last year.

For Australia Awards scholars from South and West Asia, 2018 was an exciting, busy year. The year offered unique events, networking opportunities and professional development activities that scholars—including some who are now alumni—can look back on fondly.

The year began with 179 Australia Awards scholars commencing their studies at 26 different institutions across the country. These scholars took part in their Introductory Academic Program and started the next chapter of their lives in Australia, settling into big cities as well as smaller towns.

In April, three Return Home Workshops were delivered—one each in Adelaide, Melbourne and Sydney—bringing together 44 scholars due to complete their studies in the first semester. Scholars were joined at these workshops by Student Contact Officers from Flinders University, the University of Melbourne and Monash University. The workshops cultivated an atmosphere of optimism and excitement about what the future holds for scholars as they graduated as alumni and ambassadors for Australia.

Also in April, the International Education Association of Australia hosted its annual Scholarships and Fellowships Forum, with the theme ‘Lighting the Paths to Change’. Presenters included Rod Sollesta, Deputy Team Leader for Australia Awards – South and West Asia, alongside other representatives from Australia Awards and the Department of Foreign Affairs (DFAT). From these presentations, attendees learnt more about Australia Awards’ approach to engaging scholars while they are studying in Australia. Anu Upadhayay from Nepal also participated in a student panel in which she shared her story of coming to Australia, why she applied for her Australia Awards Scholarship and what she plans to do once she returns home. 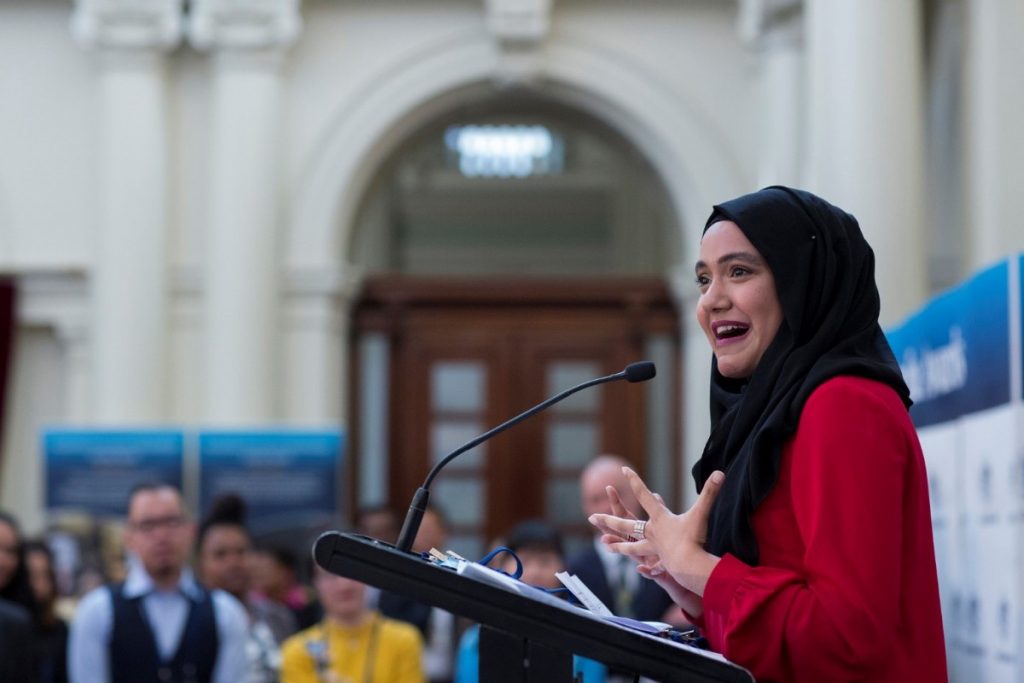 DFAT hosted Welcome and Farewell events around the country to celebrate the arrival of all Australia Awards scholars from around the world and to farewell those who were due to depart and return home. In 2018, Farewell and Welcome events are being replaced by Australia Awards networking events which you are encouraged to attend.

At the Welcome and Farewell held in Brisbane, Sajal Kanti Ghosh from Bangladesh was selected to deliver an address on behalf of scholars commencing their studies in the first semester. Sarah Ejaz Ahmed from Pakistan was then selected later in the year to address scholars at the event held in Melbourne in November. Sarah said, “I felt so proud and deeply humbled when I was on the stage. I had a lot of nervous jitters that day but thanks to the amazingly supportive crowd of scholars, it went great”.

In May, Australia Awards scholars based in Adelaide were invited to attend a networking event hosted by Scope Global for participants from several Australian Government scholarship programs. The event took place at the University of South Australia and brought together scholars, fellows, alumni and representatives from South Australian industry and education sectors, with more than 15 different countries represented at the event. Eight scholars from South and West Asia attended the event and took advantage of the opportunity to build their network. 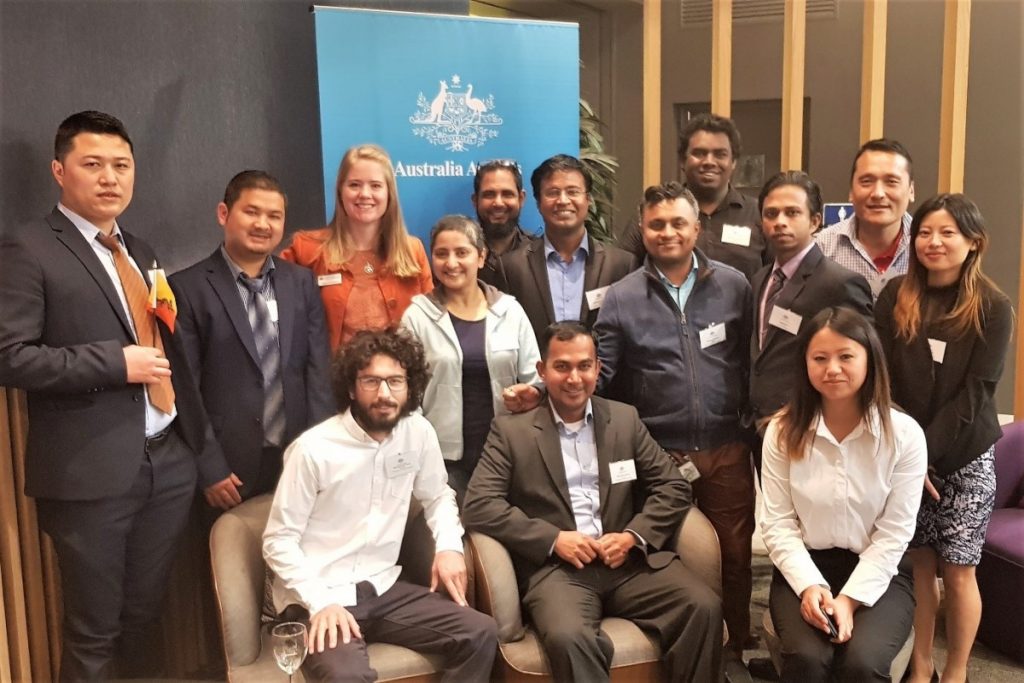 The second half of 2018 saw another six Return Home Workshops hosted around the country in Perth, Adelaide, Canberra, Sydney and Melbourne. Nearly 100 scholars participated in these workshops before they returned to their home countries at the end of the year. In Perth, in addition to the Return Home Workshop, a networking event was held for all scholars based in Western Australia to come together. Amanda Rickman, Deputy Director of the DFAT State Office in Western Australia, attended the event and welcomed the scholars with a brief address.

Finally, the inaugural Australia Awards Scholars Forum for South and West Asia took place in Canberra in October. The two-day program was attended by more than 100 participants. You can read more about the Scholars Forum here.

We acknowledged and congratulated 189 scholars from South and West Asia who completed their studies in Australia in 2018. For continuing scholars who attended conferences, presented abstracts, completed their research thesis, volunteered, made new connections or achieved a personal goal last year: congratulations and we wish you all the best for the remainder of your studies.

We look forward to another great year in 2019. There will be lots of exciting opportunities coming, so please look out for communications regarding these events in the coming months. We hope to see as many scholars as possible taking advantage of these events and activities in order to fully engage with Australia and Australia Awards in 2019.

You can find photographs taken at some of the events mentioned in this article in the links below:

What have you accomplished during your Scholarship? Feel free to get in touch via engagement@australiaawardssouthwestasia.org to share your stories and photographs—we may even feature them in future newsletter articles!

Featured image at the top of article: Scholars from the Maldives attend the Australia Awards Welcome and Farewell event in Sydney in June 2018